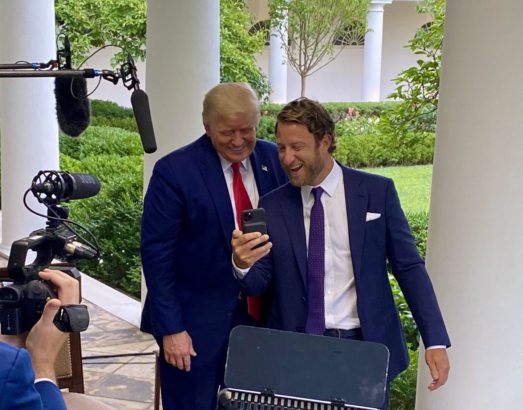 Dave Portnoy, founder of Barstool Sports, said he disagreed with Donald Trump and said that Bitcoin is not a scam.

Dave Portnoy, CEO and founder of Barstool Sports, initially believed that Bitcoin was a “Ponzi scheme” He admitted that he thought he was. He eventually changed his stance and even went against Donald Trump, who called the leading cryptocurrency a “fraud”.

In a recent interview for “Varney & Co”, Dave Portnoy, founder of Barstool Sports, shared his current view on Bitcoin and the crypto market. Years ago, he said that when Bitcoin first appeared, it looked like a “Ponzi scheme”, but then he began to appreciate its value:

Recently, former US president Donald Trump said that Bitcoin looks like a scam and supports the dollar as the “world currency”. Although Portnoy had doubts about the existence in his early years, he opposed Trump:

Later, the founder of Barstool Sports commented on the recent decline of the cryptocurrency market. Saying that cryptocurrencies will soon increase their value against fiat currency, Portnoy said investors should be patient and wait for “a long game”:

In September 2020, Portnoy said that due to Satoshi Nakamoto’s anonymity, Bitcoin lacks accountability and that investors would prefer to know who is behind the entire operation if they lose money or get scammed. Portnoy went even further, calling it “a great Ponzi scheme.”

It is worth noting that Dave Portnoy invested in Bitcoin for a period. Portnoy says he has a $25,000 loss and currently owns no Bitcoin. Additionally, he said that he prefers to trade stocks rather than the cryptocurrency market:

In any case, Portnoy seems to have changed his stance on the leading cryptocurrency and even says he was wrong about it.