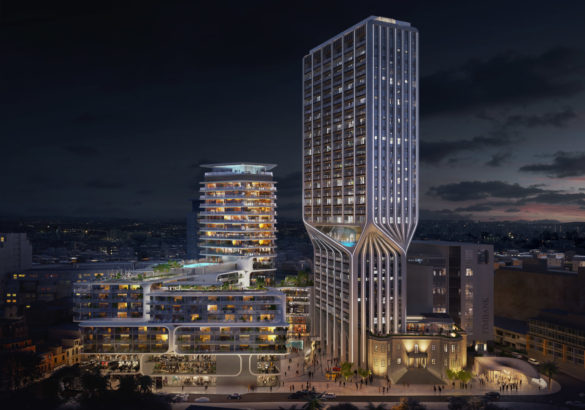 Dreamflats said in a press release that the income from ADA payments will be reported to regulators, including the Malta Tourism Authority. In addition, tax payments from cryptocurrency transactions will also be in fiat currency.

Mercury Towers is a hyper-modern building by Zaha Hadid Architects and the rental price will be determined by the completion of the apartments in 2022.

Dreamflats has joined the growing number of businesses accepting cryptocurrencies for lease payments. In April, billionaire Rick Caruso announced that his real estate company would accept Bitcoin as a rent payment for residential and retail properties. According to Caruso, the decision stems from the belief that cryptocurrencies will be permanent.

Cardano Interest Is At A Record Level

However, while Bitcoin struggled to maintain its gains from the beginning of the year, according to data provided by CoinMarketCap, ADA continued the decline with a 16.6% drop in the past seven days and experienced its correction at around $ 1.53.

ADA’s price increase resulted in approximately 6,710 millionaire investors between January 1 and May 17, 2021, representing a growth of 1,231%.

Elsewhere, the Cardano network continues to attract the attention of the cryptocurrency community for its ability to support real-world use cases. Cardano, for example, signed an agreement with the Ethiopian government to streamline the country’s education system.

The network also witnessed a development that reached 100% decentralization.