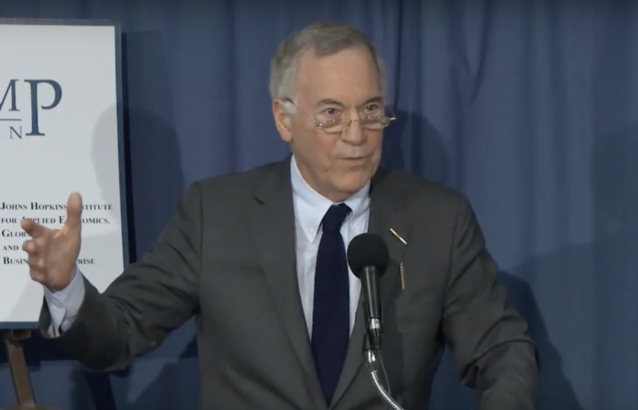 World-renowned economist Steve Hanke called the president of El Salvador “stupid” for his decision on Bitcoin.

Steve Hanke condemned the legalization of Bitcoin in El Salvador. The economist believes the decision will “totally collapse” the economy of El Salvador. He called the move “stupid”. His rationale around this is that El Salvador is a dollarized nation and making Bitcoin legal tender would hurt the economy.

Professor Hanke was on Kitco News to talk about monetary policies around the world. According to him, criminal interests were the driving force behind the decision.

Bitcoin Is Not A Currency, It Is A Speculative Asset

El Salvador received a lot of support in its decision to legalize Bitcoin. In addition to those behind this support, there was a lot of criticism accompanying the decision. Discussions about how to actually use Bitcoin in day-to-day transactions were rampant.

On top of that, Steve Hanke brought up that it would be very difficult to use Bitcoin on a daily basis. He cited high conversion rates and high posting fees. He pointed out that legal currencies should be easy and cheap to use.

Hanke admitted that he sees Bitcoin as a scam. According to him, Bitcoin is a speculative asset and should be treated accordingly.