Wow, what happened to Satoshi? We are in the fifteenth article of the series. The cryptocurrency market’s inability to quickly recover after last week’s decline has left many dissatisfied. We hope you are enjoying yourself.

In this week’s post, some of the records broken during last week’s fall, We will talk about Iranian cryptocurrency holders using Turkey to circumvent US sanctions, the Australian Taxation Office’s cryptocurrency statement, the giant mining project in Montana, the US budget proposal, and PayPal’s CBDC statement.

No such capitulation has been seen in Bitcoin history.

Not this week, but there is some data that happened the week before and that we think may have boiled over. Bitcoin, which was traded at $ 59,463 that week, fell to $ 31,000 and below it in the same week. 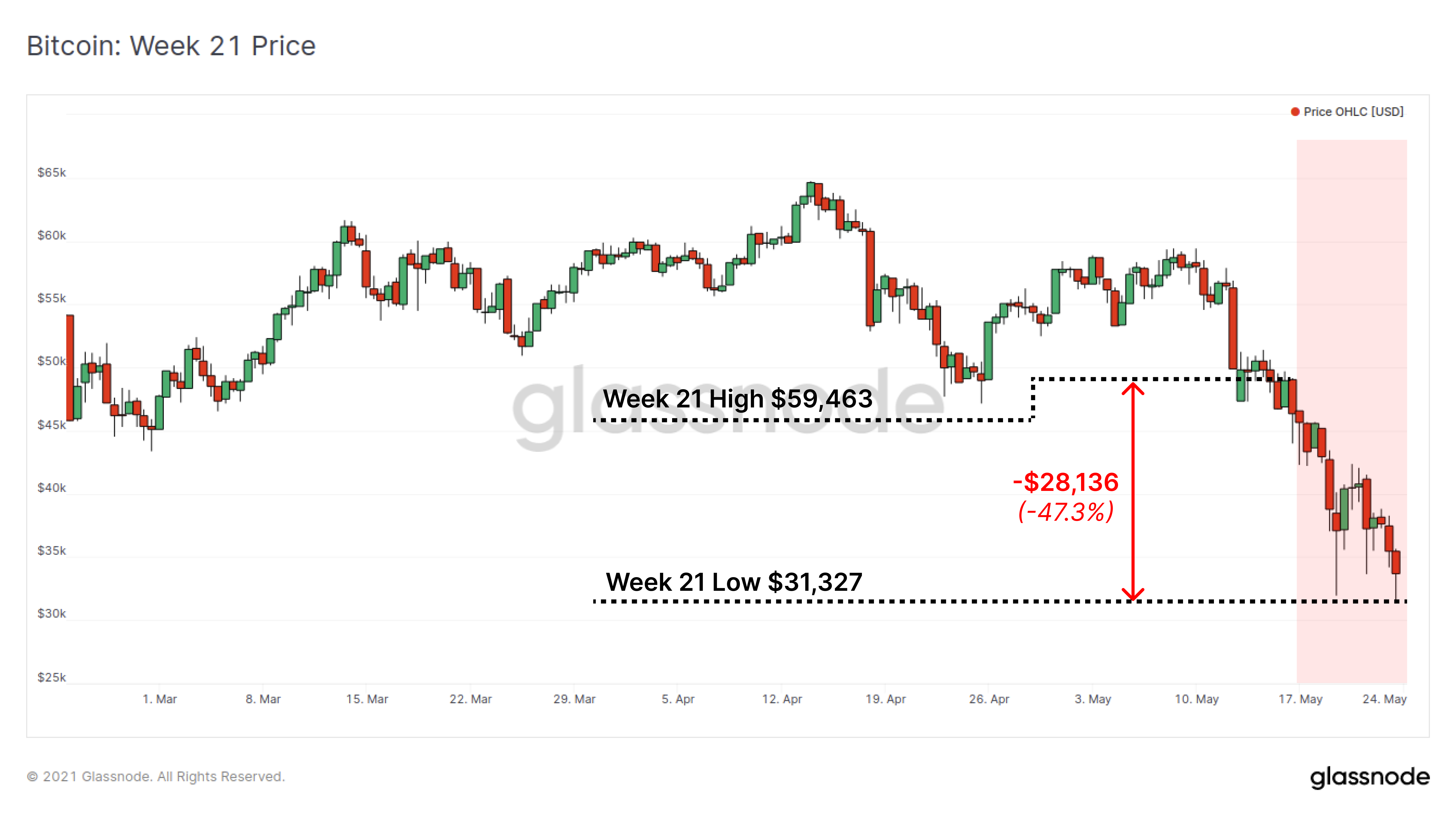 During this decline some new records signed. For example, $28,136 a weekly candle has formed, which is a record for weekly candles. Another record is on-chain level. the extent of the measured damage it happened.

Bitcoinler price bought and price sold Glassnode, which calculates the difference between Bitcoin owners on May 19, 4.53 billion dollars He found that he was selling at a loss of value. The Bitcoin network has never seen such a large-scale capitulation in its history, including March 2020. The value of sales at a loss during the week is $14.2 billion. 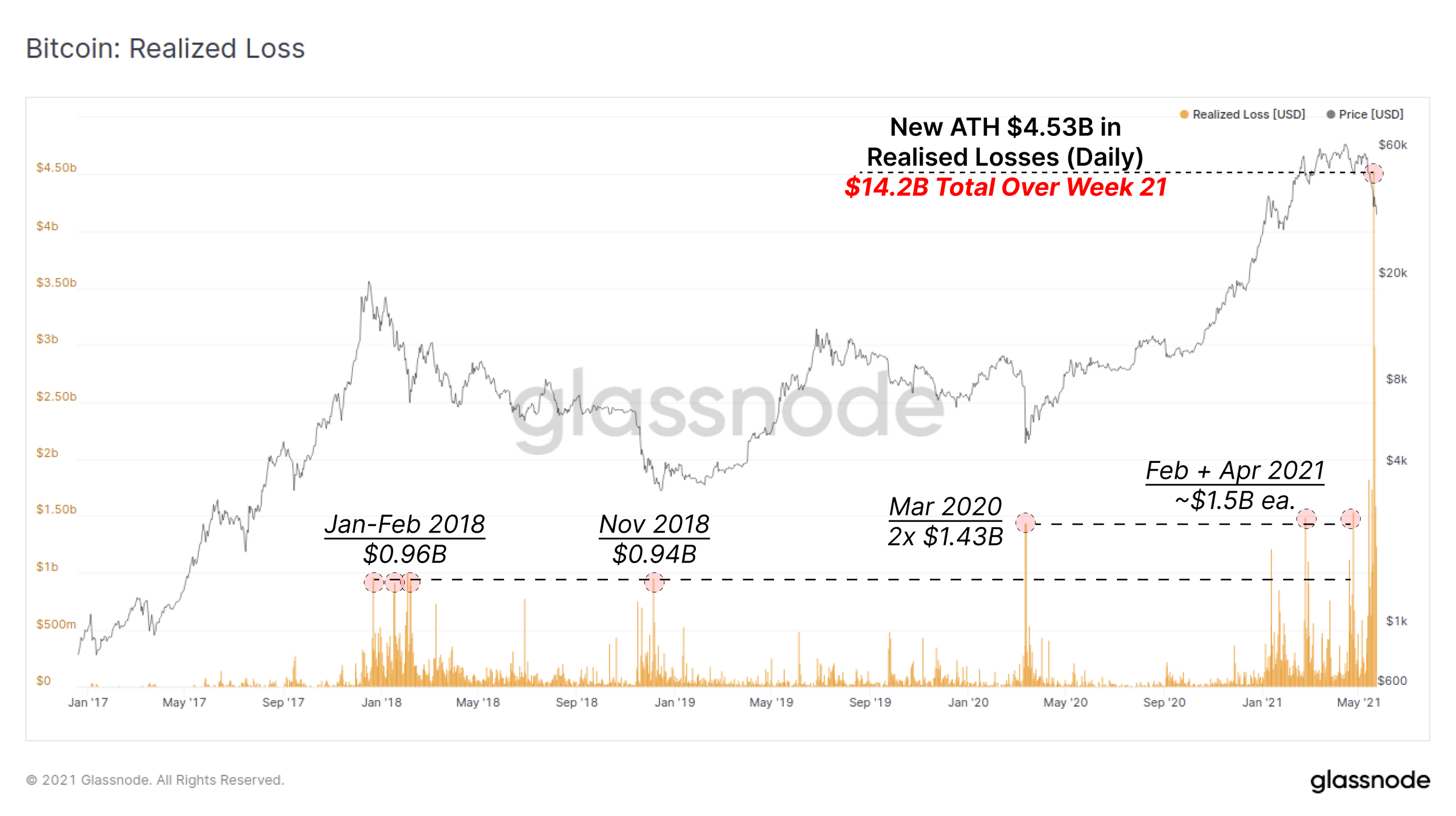 The majority of those who sell during the downturn of the market from short-term investors can be said to occur. The Spent Output Age Bands metric indicates that especially 1-3 month and 3-6 month investors may have sold.

On the contrary, 1-3 year investors, he didn’t panic and didn’t sell the coins was observed.

Regardless of the Glassnode data, Chainalysis chief economist Philip Gradwell shared data showing that whales may have turned this market downturn into an opportunity. “They bought 77,000 Bitcoins from the bottom” explained. Gradwell also noted that the average purchase price of people who have bought Bitcoin in the past 12 months. $ 37,800 He pointed out the importance of this level. 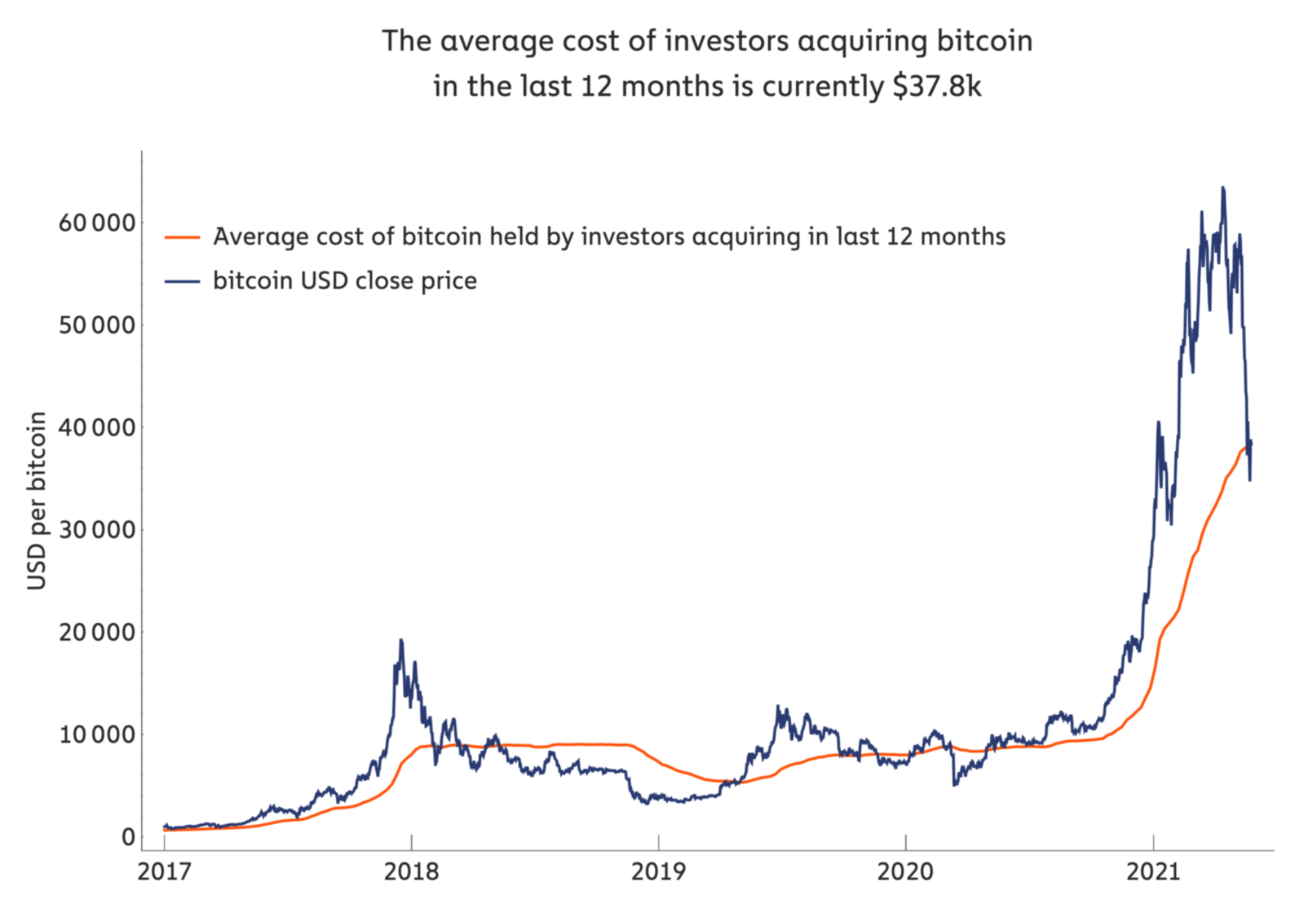 They are using Turkey to avoid sanctions

Blockchain analytics company Elliptic released a report on the use of cryptocurrencies in sanctioned countries on Thursday. Explaining that people are starting to develop new methods (such as using a decentralized exchange) to circumvent sanctions, Elliptic said that some of these transactions intermediary countries It says it’s over.

In the report, especially crypto money users trying to escape sanctions in Iran, “Turkey, Lebanon and the United Arab Emirates” It is stated that it is directed to such countries. Giving an example from Ali Khorashadizadeh and Mohammad Ghorbaniyan, about whom the USA took a sanction decision in 2018, the company said that these two “Using at least 3 cryptocurrency exchanges in Turkey” explained.

Cryptocurrency exchanges; Researchers, who stated that users should pay attention to their IP addresses, e-mail addresses, phone numbers and other different information, shared the following note for countries such as Turkey:

“Exchanges in such countries should be alert to the risks posed by transactions made to avoid sanctions. Stock markets in the rest of the world should also be alert to the possibility that transactions originating from such exchanges may be at a high level if some signs that could be considered dangerous are encountered.”

Someone, sanctioned Things like trading with an IP or email address and phone number in a country, sending/receiving a lot of money from exchanges that do not require KYC are among the signs that can be considered “dangerous”.

Under federal law in Australia, cryptocurrencies are treated as property and are subject to capital gains tax. Some crypto users in the country may think that their transactions are completely anonymous and think that they do not have to report taxes.

local news source news.com.au’ya Tim Loh, one of the Tax Office officials, addressed these people on Friday and said, “We don’t play hide and seek. We already have the information. All we want is for people to follow the rules.” said. According to Loh’s statements, the Tax Office collects people’s personal information from cryptocurrency exchanges and can check whether the money coming out of the exchanges has entered this person’s account or not.

For this reason, the Tax Office has sent a notice to approximately 100,000 people who are known to own cryptocurrencies and notify them so far. to reconsider will want. Authorities will also ask about 300,000 people to report whether there is an increase/loss in the value of their cryptocurrency investment.

“Giant project” from the US cryptocurrency miner

Madison River Equity LLC. a company named Montana, USA. 250 million dollars trying to implement a solar power project. Solar energy system to be installed within the scope of the project Spread over 647 hectares and 3.7 meters high expected to be.

Atlas Power’s spokesperson for the project, Matt Vincent, told Gizmodo recently. Bitcoin’den He said that he switched to Ethereum mining and spent 25 megawatts of energy in this period. The company’s goal is to build 8 new buildings full of GPUs, increase energy consumption to 75 megawatts and supply it from solar energy.

The reason why this solar project is “giant” is here 300 megawatts per year as much energy can be produced. This alone is enough to supply electricity to 40,000 households.

After 75 megawatts to be used for mining remaining 225 megawatts it is unknown where the energy will be directed. However, according to the reports, the locals living in the region were involved in such a huge mining operation. they don’t come close. Some say that this will lead to a decrease in the quality of life, some say that the mining devices to be installed will make noise is thinking.

The project team will go before the zoning commission in June and try to get approval.

“Expanding the scale of information brokers report on cryptocurrencies”

The White House, led by Joe Biden, submitted its first comprehensive budget proposal to the US Congress yesterday, which includes government spending for fiscal year 2022. According to the news of Dilara Zengin, an increase in expenditures for areas such as infrastructure, health and education is expected in the proposal.

Another thing to be predicted is about cryptocurrencies. Budget proposal On page 53, “Expanding the (scale) of information that brokers report on crypto assets” is recommended. This item may not mean much on its own. Fortunately, the Treasury Department has provided a detailed information on the items in the budget proposal. shared the report.

If this proposal starts to be implemented, these passive organizations abroad, After 31 December 2022 data on the amount of gross revenue they reported can be requested.

Another thing recommended is, businesses reporting cryptocurrency transactions with a value of at least $10,000. For example, if a US citizen buys cryptocurrencies from any broker and transfers it to another broker, the broker receiving these assets will report the transaction.

Treasury Department, last week At least $10,000 in cryptocurrency transactions proposal for intermediary financial institutions and other businesses to report this to the Tax Office had submitted.

PayPal’s blockchain Jose Fernandez da Ponte, responsible for the team, participated in the Consensus 2021 event. PayPal users can currently purchase cryptocurrencies from the app, but they can neither transfer it to their own wallet nor to a different wallet. Da Ponte explained that necessary studies have been carried out on this and that it may be possible for users to withdraw money to their own wallets.

Another issue that Da Ponte talked about was, digital central bank coins it happened. These coins, known as CBDC for short, can provide advantages in various areas such as transaction speed, cost, capital control, financial participation.

According to bankers potential one of its disadvantages, banks and financial institutions in general. may reduce its importance. (In short: if the central bank is able to ‘digitally’ insert its own money directly into the economy and people will be able to keep their deposits directly on the central bank’s digital app, how much will banks be needed?) Fed Governor Brainard made the following statements in his statement a few days ago:

“Banks play a critical role in intermediating loans and implementing monetary policy. Therefore, the CBDC banks against removal to protect It needs to be designed.”

Ponte from the PayPal team has a similar view. “It makes a lot of sense for central banks to issue their own tokens.” He also thinks that financial institutions like PayPal will play a big role in making the CBDC available to the public.

Giving an example of what happened in the pandemic, Ponte reminded that some citizens in the USA had to go to a bank branch to cash their aid checks, “I think we can do better than this.” said.